Ruben Dalibaltayan (1973) was born in Yerevan, Armenia. After completing music school in the class of Anahit Shahbazyan, he moved to Moscow to pursue his musical education in the Gnesin music Academy under the mentorship of professor Arthur Berngardt. Ruben obtained his Master’s degree at the Moscow State Conservatory under the guidance of professor Valery Kastelsky. His professional and personal formation has been greatly influenced by a number of outstanding musicians such as Boris Berlin, Lazar Berman and Alexis Weissenberg, who awarded Ruben his personal international prize in 2001.

Ruben’s concert tours include numerous countries of Europe, Asia and America. The performances range from solo recitals and concerts with Symphony orchestras to participation in chamber ensembles – a piano duo with his wife Julia Gubajdullina and the well-known  trio “Amadeus” to be mentioned. Ruben is a member of the SONEMUS organisation (Sarajevo’s Organisation for New Music). 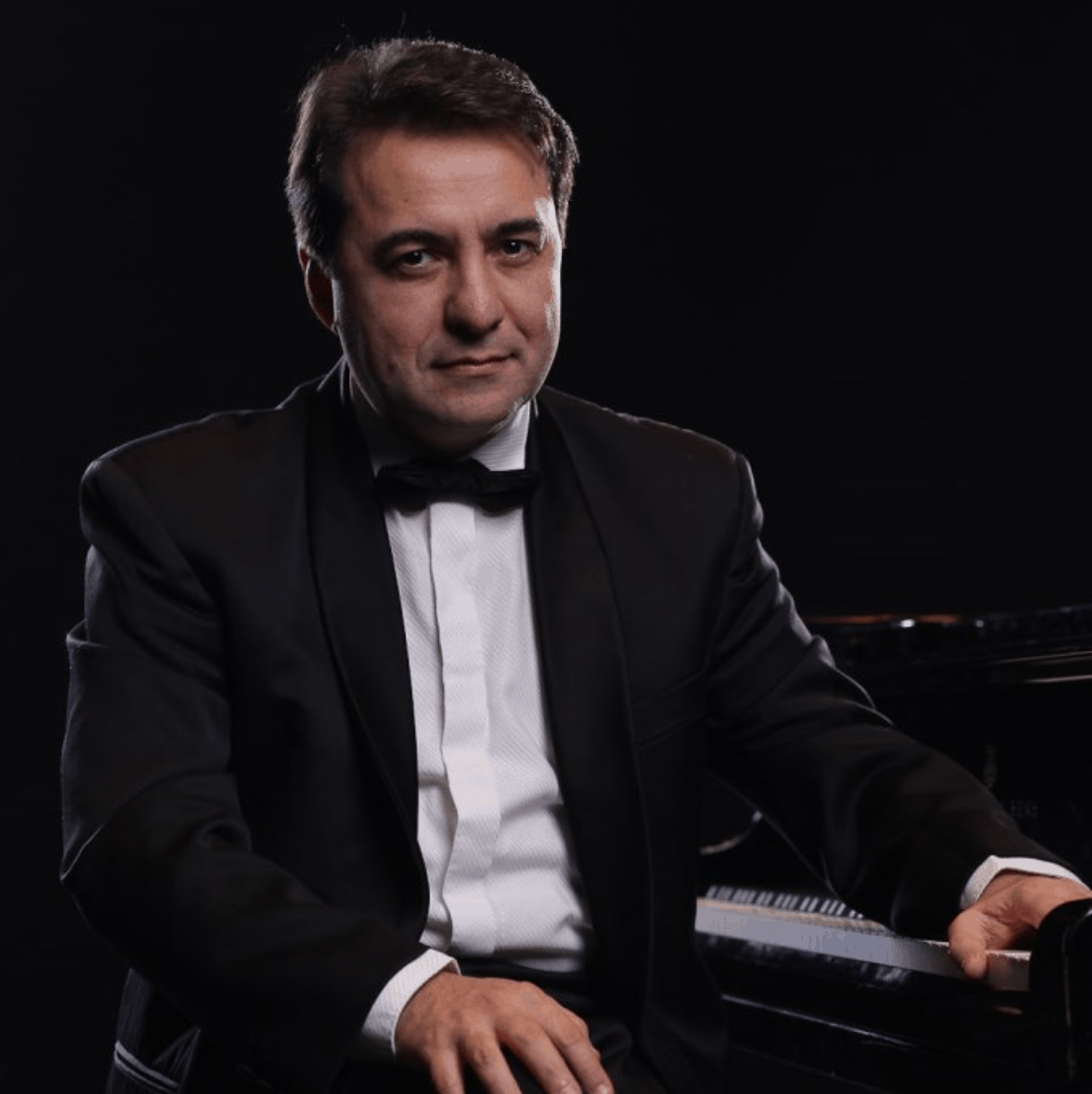