He had Masterclasses also with prestigious teachers like B. L. Gelber and G. Rosenberg. His active concert work started at the age of 14 when already calling attention to himself by winning several first prizes at the German competition Jugend musiziert as well as the National Bach Competition in Köthen.

He is artistic director of different concert series and music festivals in Germany (Heinsberg, Aachen, Windeck, Geilenkirchen, Boltenhagen and Monschau) and gave several masterclasses at different Music Universities in China and Europe since 2012. From 2015 until 2017 he was teaching piano at the University of Music and Dance in Cologne 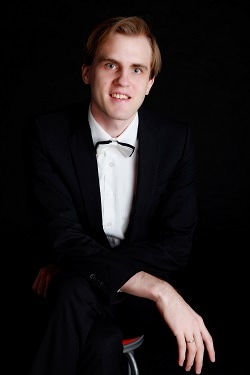